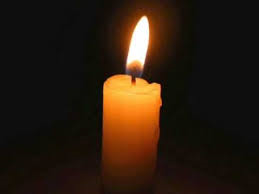 Emil Benatov was born on June 14, 1950 in Sofia (Republic of Bulgaria). In 1974 he graduated from the Lviv Polytechnic Institute (Ukraine) with a degree in cybernetics. From 1982 to 1993 he worked as an examiner, and then became head of the Electrical Engineering department of the Bulgarian Patent Office. Since 1993 – patent attorney of the Republic of Bulgaria (registration No. 3), since 2002 - European patent attorney, and since 2007 - European attorney for trademarks and designs. Dr. Emil Benatov was engaged into public activities: from 2005 to 2011 he was vice-president of the Disciplinary Committee of the European Patent Institute (EPI), from 2003 to 2011 worked as a member of the board of the European Patent Institute (EPI), from 1993 to 2003 he was head of the section of intellectual property appraisers (Bulgarian Association of Business Appraisers), and from 1991 was founder and President of the Union of Patent Specialists in Bulgaria. Emil was a wonderful father, husband and brother. One of the first patent bureaus in Eastern Europe was created thanks to his tirelessness and inexhaustible energy, he prepared a galaxy of high-class specialists in the field of protection of IP rights. He was passionate and high-class professional and devoted his most active years to the business. He was always life and soul of the party. Being inventor, a person with unrivaled sense of humor, Emil loved people, and people reciprocated him. It’s hard to reconcile this huge loss. The memory of Emil - a bright, active and restless person – remains with us. HE’S FOREVER IN OUR HEARTS!
Next
Back to news
Previous